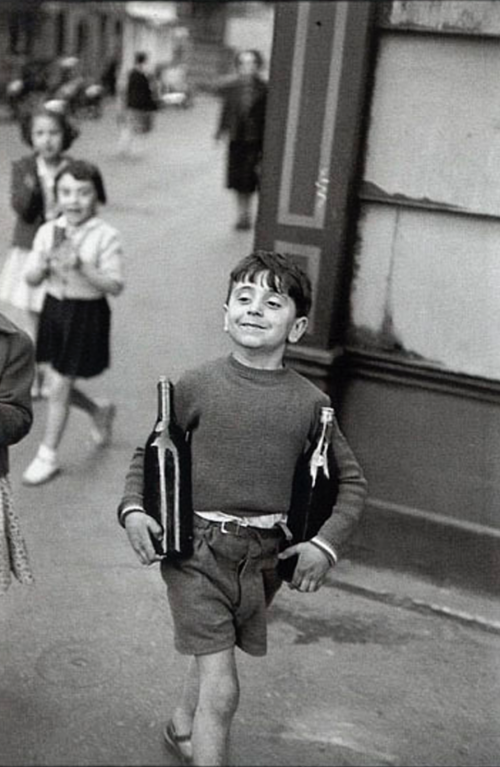 Henri Cartier-Bresson is considered by many to be the founder of photojournalism, a co-founder of Magnum. What was it that captivated my heart and so many others around the world? The following is about my learnings from the master and how you can implement his way of working into your work. I’m a wedding photojournalist so much of what I have written below is geared toward that genre, but you can use as an amateur or toward whatever you like to shoot.

When I was growing up, and to this day, his work mesmerizes me. His stunning street photography from the 1930s was the first of his work that floored me; it's so visually exciting. One of the early owners of a 35mm Leica rangefinder, Henri Cartier-Bresson, is the master of unposed or candid photography. It's apparent that when I look at his images, he seems to espouse living and adventure. He traveled the world with it seems an endless crusade to record life. His first love was painting at an early age, and he pursued it again later in life. 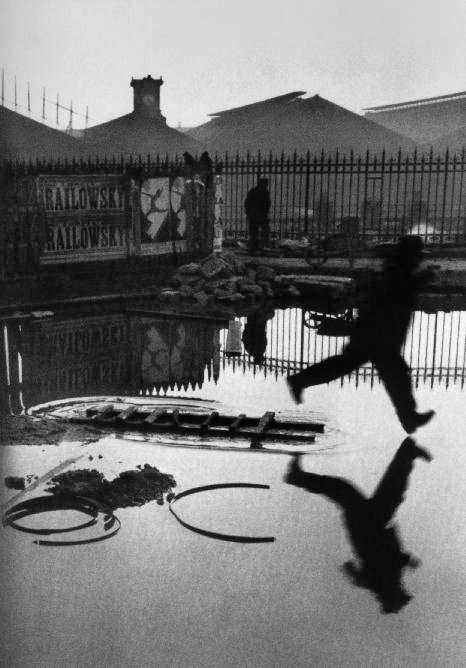 HCB loved to paint, initially learning from his Uncle, who was in the First World War. In 1927 he studied under the tutelage of Cubist painter and sculptor André Lohte. Lohte was a very influential teacher and writer on art. Bresson became discouraged though with Lohte's mixture of Cubist's rigid and classical way of seeing. However, this early training at a private school helped him to see visually and react to framing his images.

Starting as a painter, even years later, as a photojournalist, he described himself as a surrealist and a painter, his true love that he would return to later in life. HCB befriended many artists, including Max Ernst, a member of the surrealist movement, and among other artists found inspiration in the work of Eugene Atget. I have one of Atget's books 'Paris', an astonishing page turner. Henri Cartier-Bresson was asked what makes a great composition. His answer was geometry. Geometry! If only it were as easy as this. Bresson was a self-described surrealist but was one told by Robert Capa to call himself a documentary photographer if he was to get work.

By the early '40s, during the Second World War, HCB was caught by the Nazis, escaping on the third attempt, a spectator to Stalin and China's workforce, and one of the last photographers to photograph Gandhi before his killing. 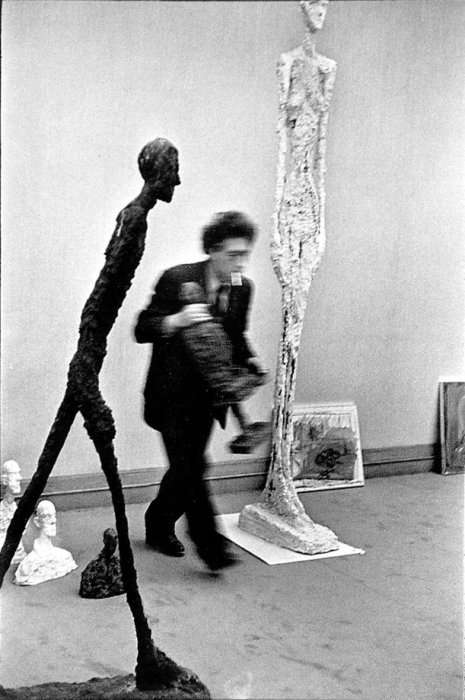 Henri Cartier-Bresson remains one of the world's best photographers who taught me about learning to see. Those fleeting moments, geometry, light, working with people, my body language, emotion, and sensitivity. As a wedding photojournalist, Henri Cartier-Bresson has been conducive to tackling my mindset and hurdles of capturing weddings and how to remain true to oneself. It's easy to get influenced by trends and wedding clichés. I have ignored those. After all, a good photograph is still a good picture and should stand the test of time. 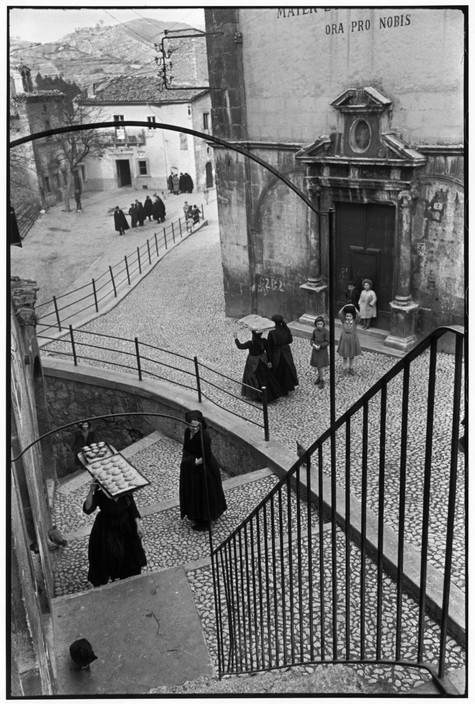 Many artists, including photographers, have discovered geometry and how to use it in their work. Geometry is what makes a great picture, bringing harmony and balance. It's called dynamic symmetry or Gestalt principles. The best photographers learn from master painters. Many photographers who use this method of composition are world-renowned documentary and street photographer like Steve McCurry.

For example, you can go back in time and see how the Fibonacci spiral (other names are the Golden Ratio, golden rectangle or golden spiral) has been practiced throughout history and nature. A few of my master painters and artists are Degas, Renoir, Seurat, Kandinsky, and pretty much the impressionist movement. 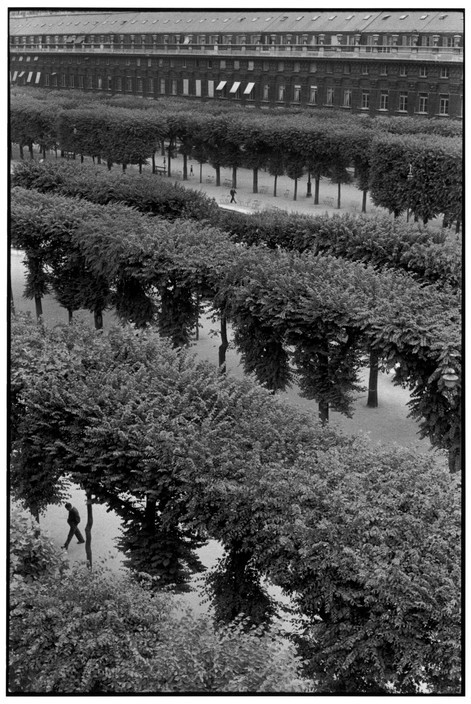 A great interview with HCB, is this movie, The Impassioned Eye on DVD. Henri Cartier-Bresson interviewed if I recall at the pre-opening of one of his galleries about what makes a great composition. Geometry was his one simple answer.
I was watching an interview where HCB commented on how geometry is incredibly important. Reframing, or taking a brief moment to recheck the frame a few millimeters could be the difference between a fabulous photograph and an ordinary one.
You can sometimes find the video on YouTube. My studio is chock full of photographers I have learned through art galleries, annual events like the World Press Foundation, movies, and a few blogs I follow.

What I love about his work is how rarely he never cropped images and had a contempt for it. By focusing on the use of geometry, lines, and rhythm of imaging, and studying HCB's work, subconsciously, you will better your shooting. I believe that a gift has to be nourished and grown, and you're not necessarily born with it. Photography is a craft, and it has to be taught by learning from mistakes and learn from the masters.

Pressing the camera button is the easiest thing to do. To me, it would seem wedding photography is so natural to so many who have never captured a wedding. But this is far from the truth. When Bresson was asked if you're born with a sense of design, his answer was it has to be developed. You have to find the 'decisive moment'. 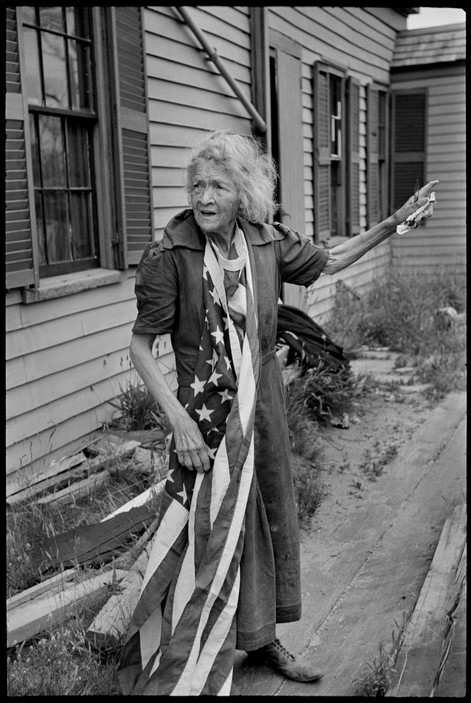 Have you heard of the photographer's expression, 'Shoot and pray'? The term used by photographers is sometimes used to capture images quickly by aiming the camera, often in random directions, with a high rate of continuous photos to get the shot. In my opinion, this is not the way to improve your compositions. Perhaps in a sports situation, this might be helpful. But rarely needed, It's better to shoot with purpose. Just because we now capture in digital and can take hundreds of images in a minute doesn't mean that we should. Let alone the noise and distraction that is made by the sound of the shutter count.
Photography is a craft and has to discovered over time. There are no shortcuts and it's better to shoot with determination, By slowing down your rate of capture, you can think and study composition through the viewfinder. With time and exploring the masters, it will come subconsciously.

I shoot with Leica gear, and throughout the last ten years have shot with the M9, the M(240) and the M10. These rangefinder cameras have forced me to slow down. The cameras have only manual exposure and manual focus, so composition is first and foremost. I'm not advocating to buy a Leica! Go pick up any 35mm film camera, load it up with a 36-exposure roll, and try it. 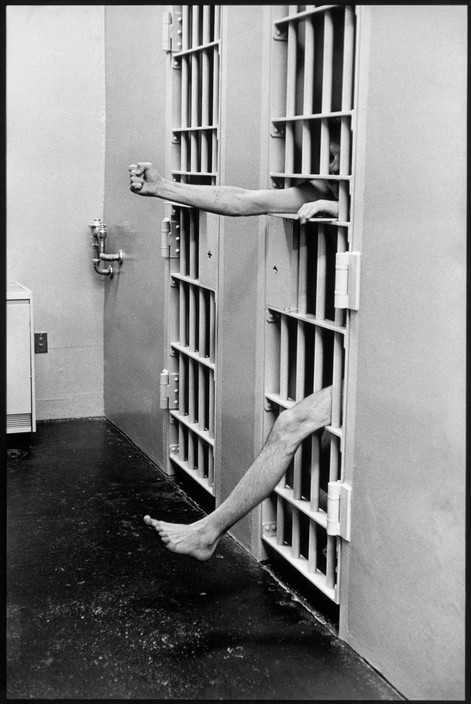 How to Improve Composition

Bresson mostly used a Leica and a 50mm lens. I think he also used a 35mm lens at some point, but the 50mm was the lens of choice. Occasionally, later in the sixties, Bresson shot color for publications when he had little opportunity in the matter, but mostly monochrome.

I love the 35mm perspective, and it's my most used lens. If you want to improve your composition, apart from studying the master painter and artists is the following method. Use a prime lens, not a zoom with the purpose to learn perspective instinctually. A fixed lens will become instinctual as your brain memorizes the angle. A zoom lens can be counterintuitive as there are just too many choices! A prime lens on the other hand, generally are sharper, cheaper to purchase and can let more light in vs a variable zoom aperture. The fixed perspective makes the images look exciting and dynamic. Things shift and opens up your mind with the prime lenses.

In my wedding work, I rarely use long telephotos or huge zooms because it's intrusive, and I want to blend in as much as possible. I do not use flash brackets or use flash at a wedding. I don't have heavy cameras around my neck. I have been through the whole gear purchasing thing, and I'm over it. More and more gear doesn't help you become a better photographer. Camera manufacturers, of course, have a different opinion. They want your hard-earned cash! Education is what will make you a better photographer.
Bresson just had a Leica and a 50mm most of the time. How refreshing!
Learn the craft first. Be absorbed about 'life' and photographing more than your gear. 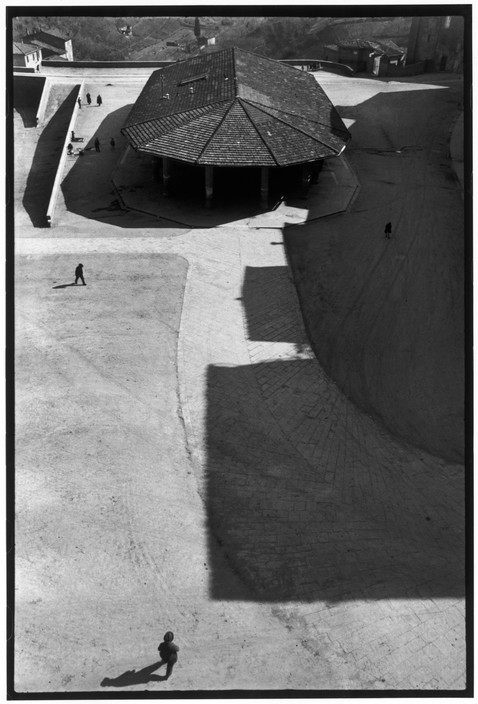 Sometimes the moment happens, and it would be incredible to catch every single moment. Of course, that's not always possible. Bresson has taught me that with patience, you can get the shot you want. I used to put myself under insane pressure about not missing the shot. After purchasing this fantastic book, Magnum's 'Contact Sheets' I realized that some of the most famous photographs were captured by working the scene.

There are three types of shooting methods in street photography and capturing a wedding.. Anticipation or foresight is one of the most powerful tools. Henri Cartier-Bresson said you have to be ready and waiting for the moment to happen but be unobtrusive. He explained that sometimes you might have to wait for all the elements to come together before pressing the shutter.

Confrontation is a second tool you might use instead of waiting for the peak moment. As soon as the subject looks at the camera is when you take the image.
The last, is a random approach/ For example, holding the camera at the hip level and shooting. This is a method I started with street photography before I dared to hold the camera to my eye in stranger's faces. You can get some interesting shots although you have less control over composition. Use your instincts when the moment happens.

Thanks for reading, Let me know if you have any comments below and share your thoughts.

“Of all the means of expression, photography is the only one that fixes a precise moment in time.”

“The creative act lasts but a brief moment, a lightning instant of give-and-take, just long enough for you to level the camera and to trap the fleeting prey in your little box.”

“Thinking should be done before and after, not during photographing.”

“Memory is very important, the memory of each photo taken, flowing at the same speed as the event. During the work, you have to be sure that you haven’t left any holes, that you’ve captured everything, because afterwards it will be too late.”

“Your eye must see a composition or an expression that life itself offers you, and you must know with intuition when to click the camera.”

“While we’re working, we must be conscious of what we’re doing.”

“We must avoid however, snapping away, shooting quickly and without thought, overloading ourselves with unnecessary images that clutter our memory and diminish the clarity of the whole.”

“To me, photography is the simultaneous recognition, in a fraction of a second, of the significance of an event.”

“Photography is an immediate reaction, drawing is a meditation.”

“In photography, the smallest thing can be a great subject. The little, human detail can become a Leitmotiv.” 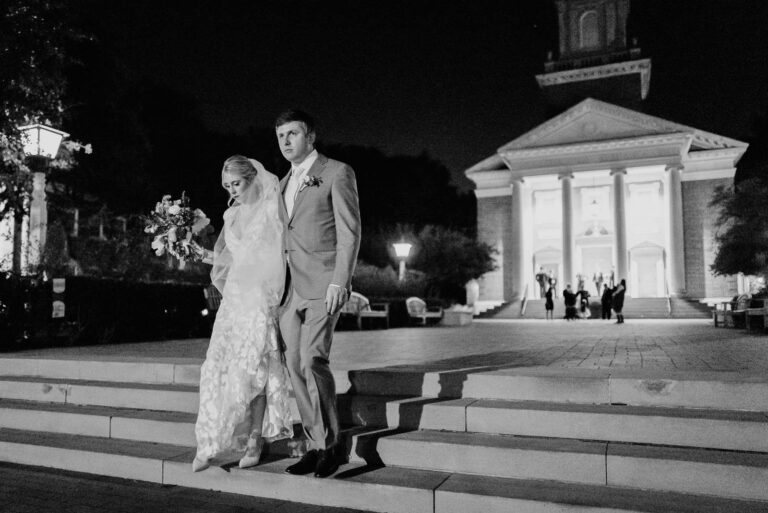 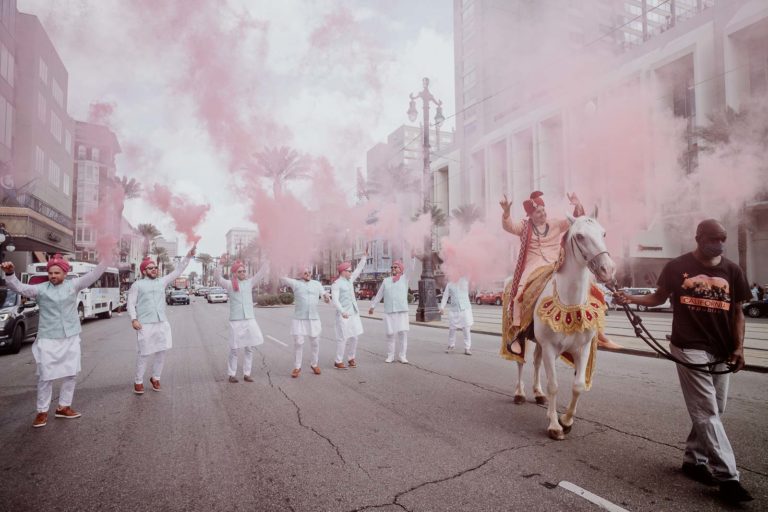 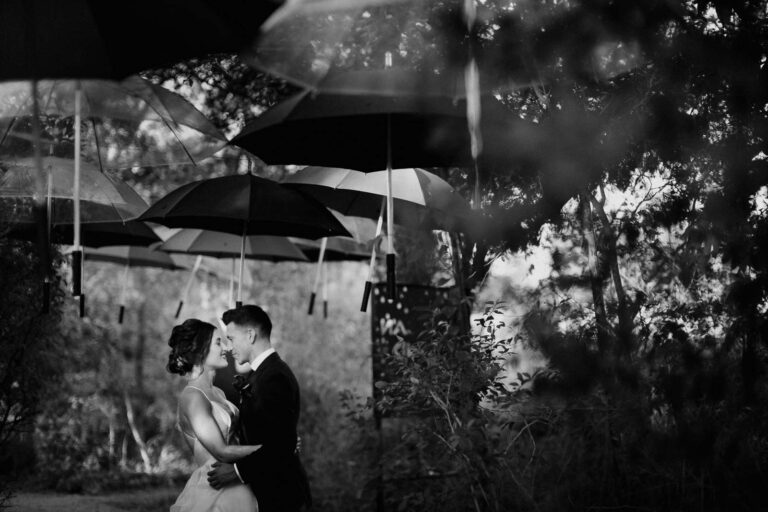 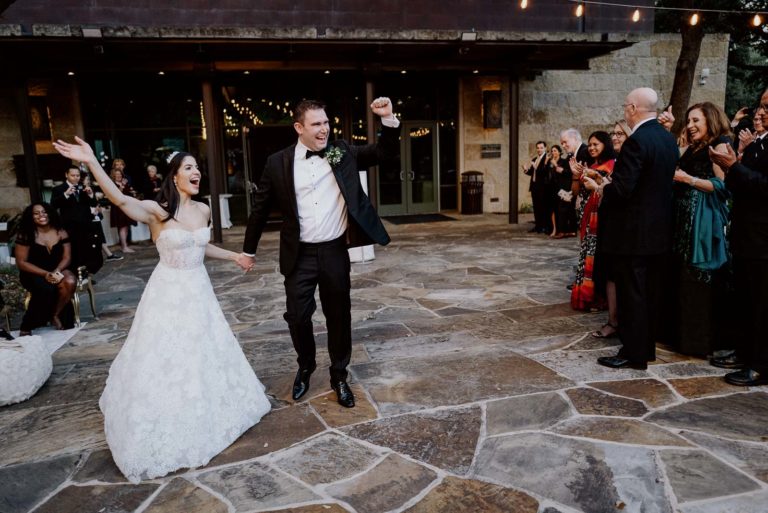 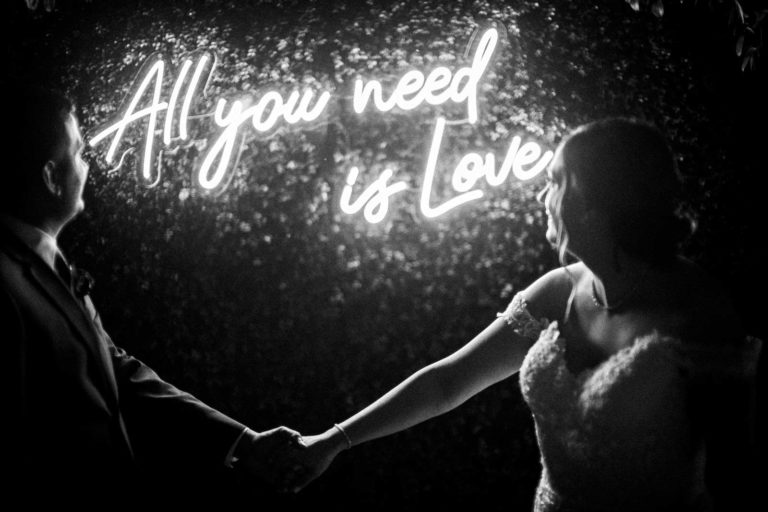 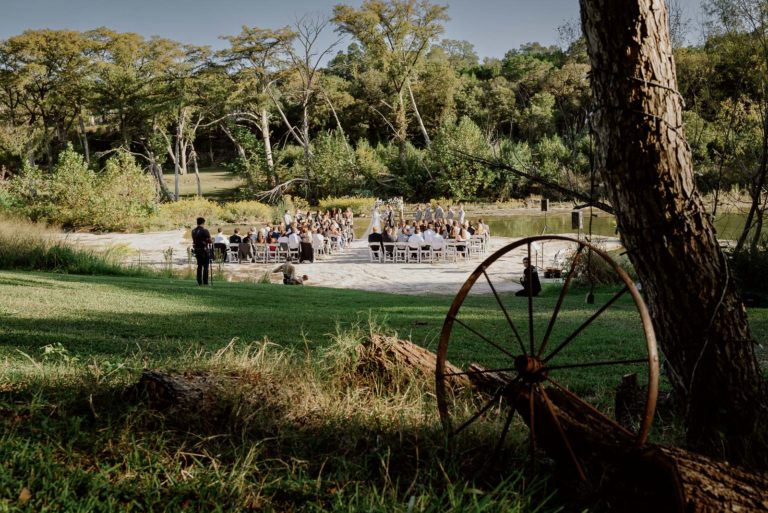 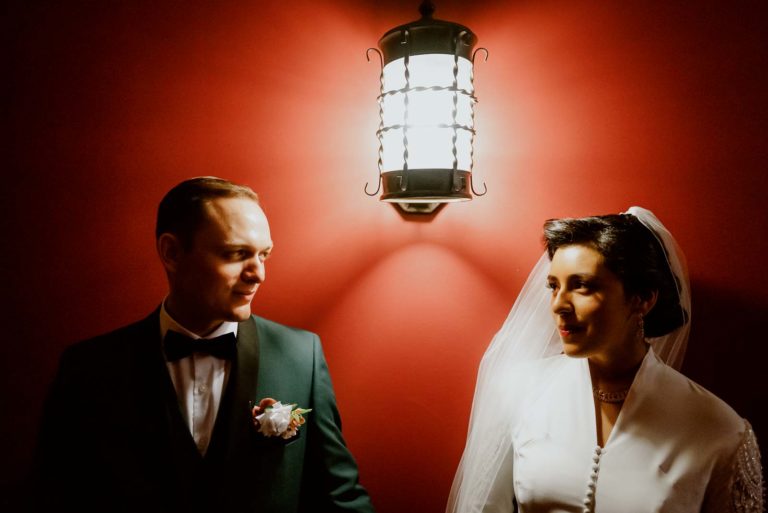 Our Lady of the Atonement Catholic Church + La Escondida Reception 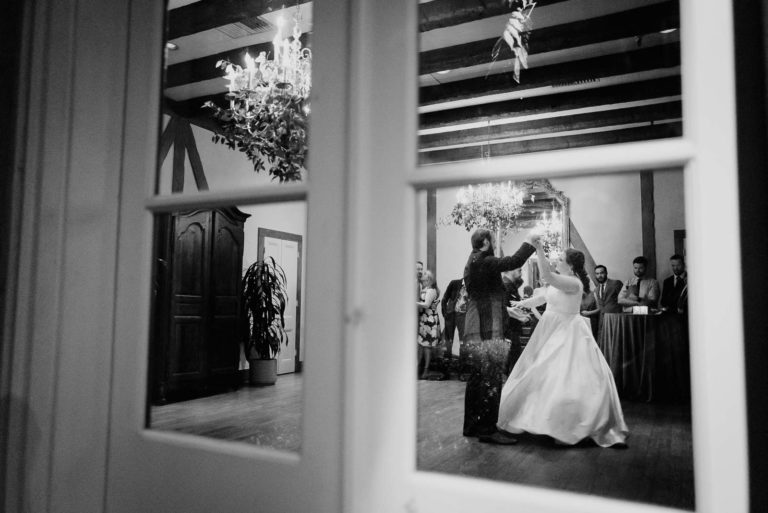 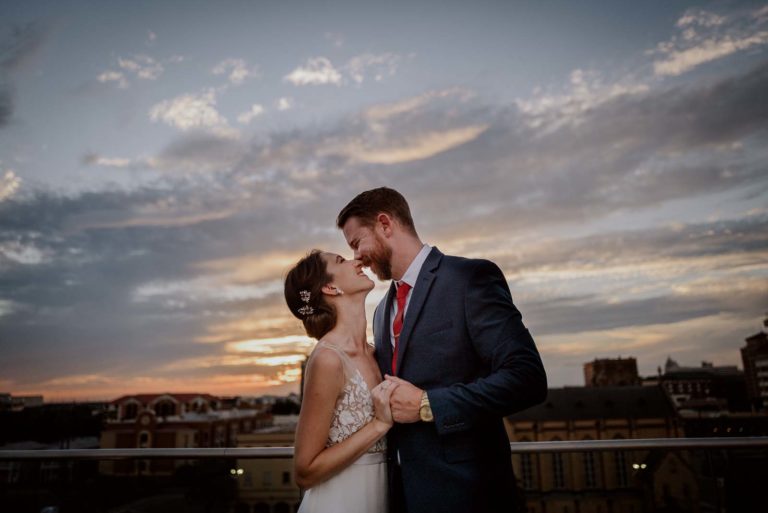 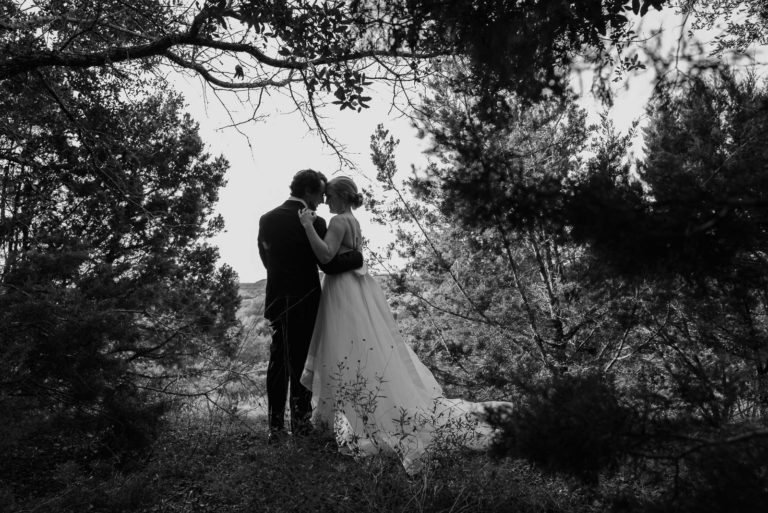